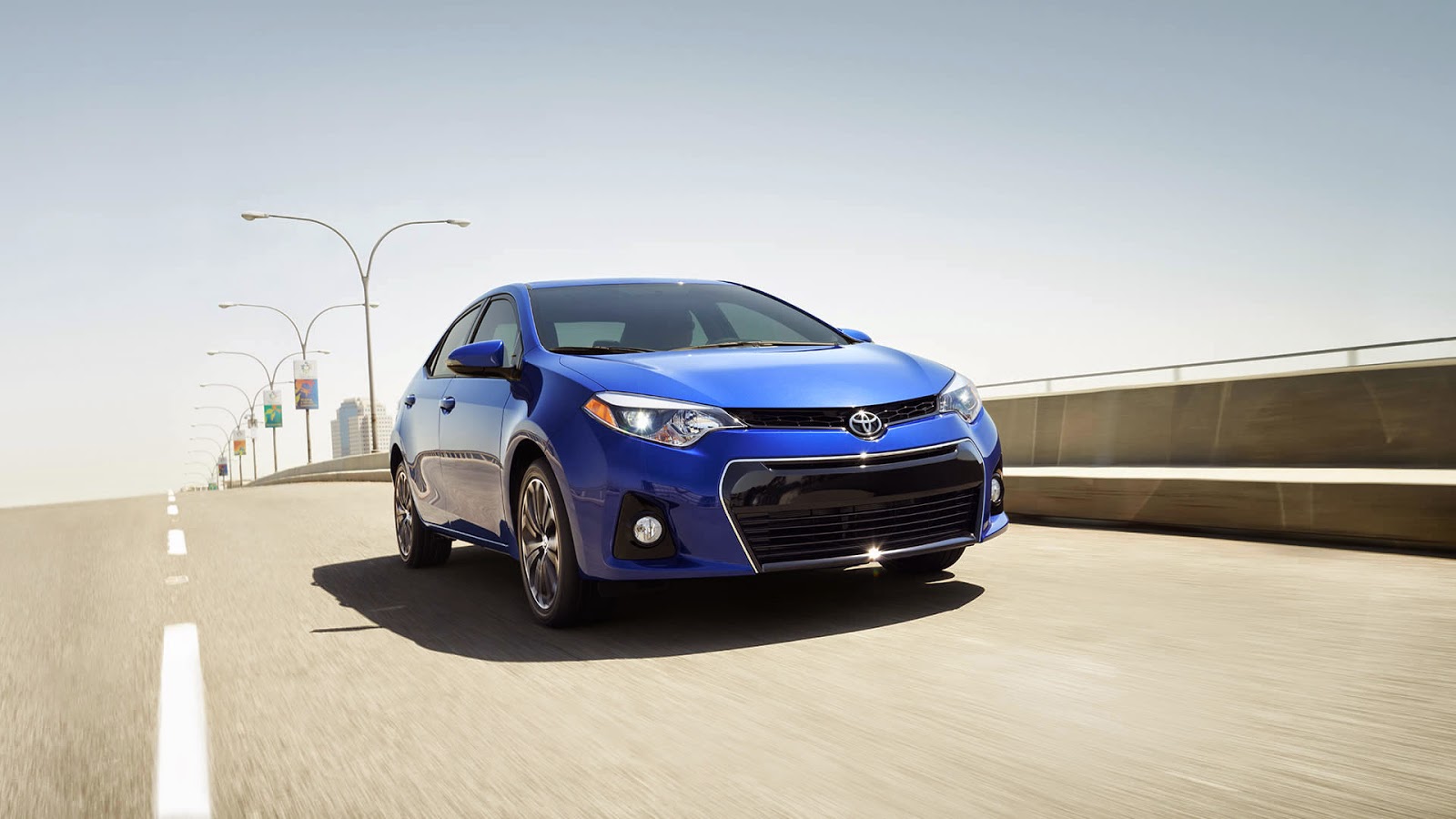 The 2015 Toyota Corolla available near Savannah has upped the ante when it comes to exceptional reliability, style, and performance. The Toyota Corolla has long been known for its versatility, value, and excitement, but with its newly improved features and re-engineered fuel economy, this vehicle will take you even farther. Stop in to Stokes Brown Toyota of Hilton Head today to take this vehicle out for a spin.

The 2015 Toyota Corolla has a fuel-sipping 1.8-liter four-cylinder engine that logs an impressive EPA-estimated twenty-eight miles per gallon city and thirty-seven miles per gallon highway. To give you more control of your drive, Savannah area Toyota drivers can choose from a six-speed manual transmission or an automatic.
When you step inside the 2015 Toyota Corolla you’ll feel right at home with the available SofTex seats that are comfortable and luxurious. The available moonroof is perfect for taking in a starry South Carolina night or feeling the wind breeze by while you drive on a long road trip.

Standard LED headlights will have your 2015 Toyota Corolla standing out in the crowd, whether you take it through town or hit the open road. Standard Bluetooth integration lets you make and take phone calls or stream music through your smartphone. Steering-wheel controls mean that you can keep in touch with your business world and your social circle without taking your hands off the wheel.
Eight standard airbags in the Advanced Airbag System will give you peace of mind that you and your precious cargo are safe when you take the 2015 Toyota Corolla out for a drive. With Toyota’s Star Safety System, you’ll get features that help with traction, braking, and keeping you in control at all times.
Ready to take the 2015 Toyota Corolla near Cleveland for a test drive? Stop in to Stokes Brown Toyota of Hilton Head today! For more information, call us at 888-998-9284.