Buy 3 tires and get the fourth for only a dollar.*

During the Tire Savings Event, buy 3 tires and get the fourth for one dollar. The best way to Keep Your Toyota a Toyota is with tires matched exactly for your Toyota! Enjoy 24-month road hazard protection included in the price of your tires.* Exclusions apply. See your participating Toyota dealership for details.

*Restrictions apply. See participating Toyota dealer for details. Offer valid on select brands. OEM, OEA and WIN replacement tires only. Tires must be dealer-installed. Three tires at regular price, fourth price for one dollar. Fourth tire must be of equal or lesser value. Excludes previous purchases. Toyota and Scion vehicles only. Offer only available at participating Toyota dealers 10/1/15-10/31/15
Posted by Stokes Automotive Group at 9:38 AM No comments: 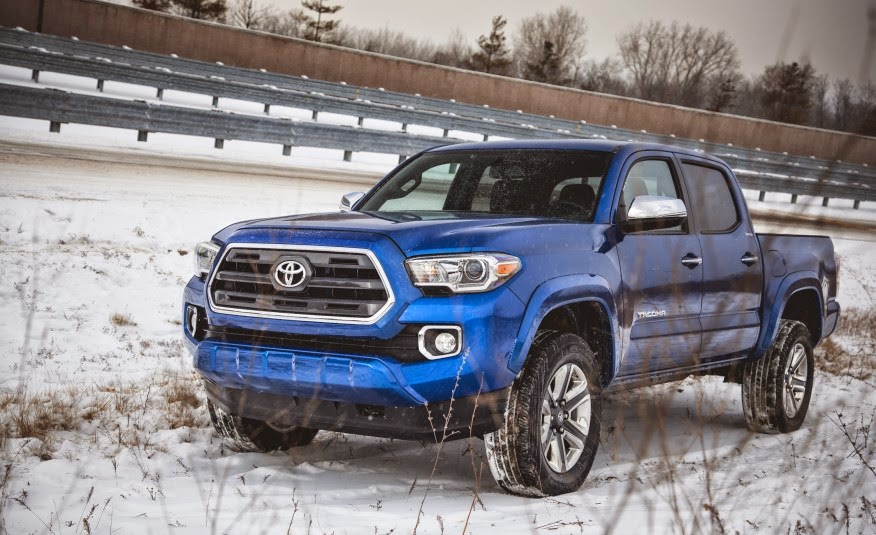 The All New 2016 Toyota Tacoma hopes to turn the tables in the mid-size truck category while keeping up with Chevy's Colorado and GMC’s Canyon.

Toyota has brought to the table a fully revamped model with many never before seen upgrades and tech enhancements for a better driving experience. The updated stylish looks, new V-6 engine and a new style interior are just a few of the boasted features of the 2016 Tacoma.

When the first released photos of the 2016 surfaced, the first thing that caught our eye was the broader, bolder and more squared front end. The newer prominent look really makes the front end stand out. As you move further back the cab really hasn't changed much from the previous years model. If we were to compare some of the new styling to the now discontinued  FJ Cruiser, we can see some of the design characteristics were brought over.

Whats Under the Hood?
When it come to what's under the hood, Toyota has several available options. The 4 choices would be a 2.7-liter four-cylinder, a 3.5-liter V6, a 6-Speed automatic transmission, and a 6-Speed manual transmission. The new engine is a V6 port and direct injection Atkinson-cycle engine that uses these two methods for maximum efficiency.


There are also several features to go along with new engine, including a multi-terrain select system that automatically adjust the trucks driving system to adapt to different terrains and conditions. The 2016 Tacoma also features an all new driver selectable "crawl mode" which takes care of the throttle and brakes while maneuvering at low speeds.


Toyota has also announced that the Tacoma's suspension has been updated for a smoother ride on pavement and an even better experience off-road. 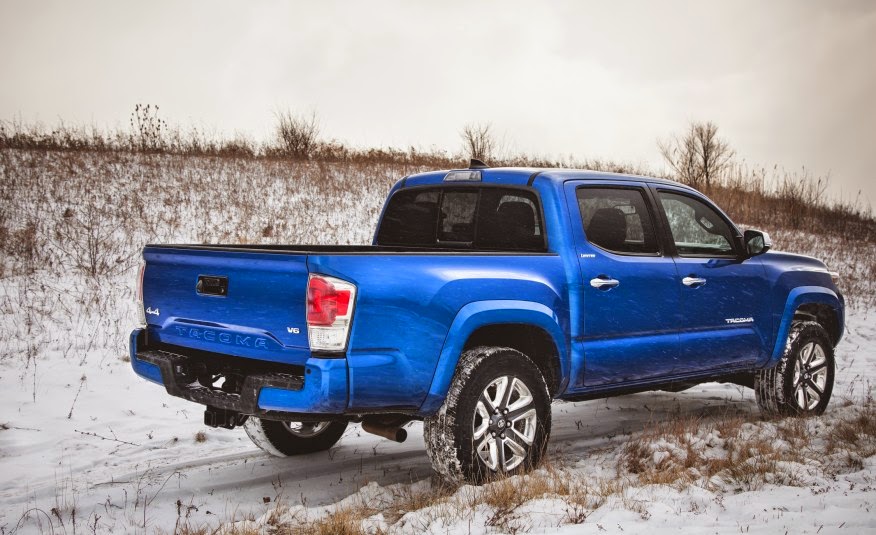 The updated frame on the new 2016 Tacoma is built using much stronger and higher quality steel and is also engineered in a way to cut weight. A new multi-terrain select system is another key feature that many Tacoma enthusiast will love. These systems are essential when you're driving conditions are less than normal. This system is very similar to the one’s seen in other makes of vehicles including land rover and ford. The many tough driving conditions include mud, slippery and loose rock, heavy dirt, loose sand and snowy/icy roads. The Tacoma also brings the new electronic limited-slip and locking rear differential, hill-start assist, and crawl control. The crawl control feature completely takes over the brake and throttle which leaves you, the driver free to take care of the steering and obstacle avoidance.


The New 2016 Tacoma will go on sale later in 2015 and will be available in 2 different body styles - extended and crew cab with 2 engine choices and either rear-wheel drive or all wheel drive. No word on pricing yet but we believe Toyota will keep it roughly on the same pricing level as the current models.


Be on the lookout for these other new features that will be available in the new models. locking tailgate, 4 panel folding tonneau cover, Qi wireless charging, leather, moon-roof, push button start,dual zone automatic climate control and an improved touch screen. 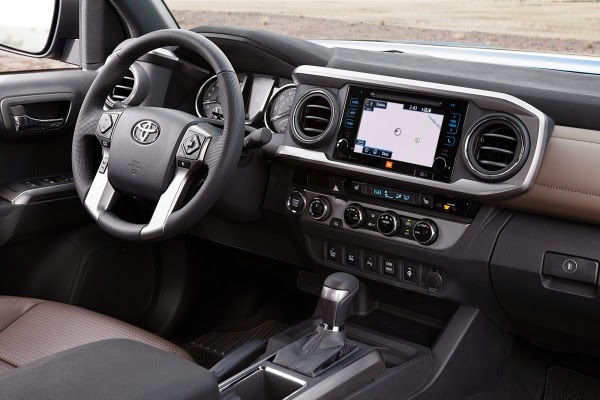 
The New 2016 Toyota Tacoma will be available later this year, only at Stokes Brown Toyota of Hilton Head. Give us a call now to reserve your 2016 Tacoma.
Posted by Stokes Automotive Group at 12:26 PM No comments:

Whether adventure is calling or you need the versatility to tackle the daily driving, the all-new 2015 Toyota 4Runner is now available near Savannah and is the perfect sports utility vehicle for whatever life throws at you. This SUV provides you and your family top comfort, style and performance everyone feels right at home whether you’re driving the kids around or hitting the highway for a road trip. To check out the 2015 Toyota 4Runner and take it for a test drive, stop in to Stokes Brown Toyota of Hilton Head today!

The 2015 Toyota 4Runner is outfitted with a standard 4-liter V6 engine that pumps out 270 horsepower and 278 lb-ft of torque with an available towing capacity of 4,700 pounds. This vehicle also has plenty of durability: did you know that 90% of 4Runners sold in the last ten years are still on the road today?


Hit The Road In The 2015 Toyota 4Runner Available Near Savannah

Our Toyota dealer serving Savannah provides plenty of interior space so that you and six friends can enjoy the ride. This SUV also has plenty of cargo space so you can fit all of your adventure essentials and all of the daily errands. Front and rear 12-volt power outlets help you keep your devices charged.

Bluetooth wireless connectivity makes it easy for you to stay in touch with friends and family when you’re on the go. The available fifteen-speaker JBL audio system gives you concert-quality sound at the push of a button. The standard Entune Audio Plus system features a 6.1-inch high-resolution display with USB port and iPod connectivity to let you enjoy your favorite tunes.

Driving With A Green Thumb: the 2015 Toyota Prius 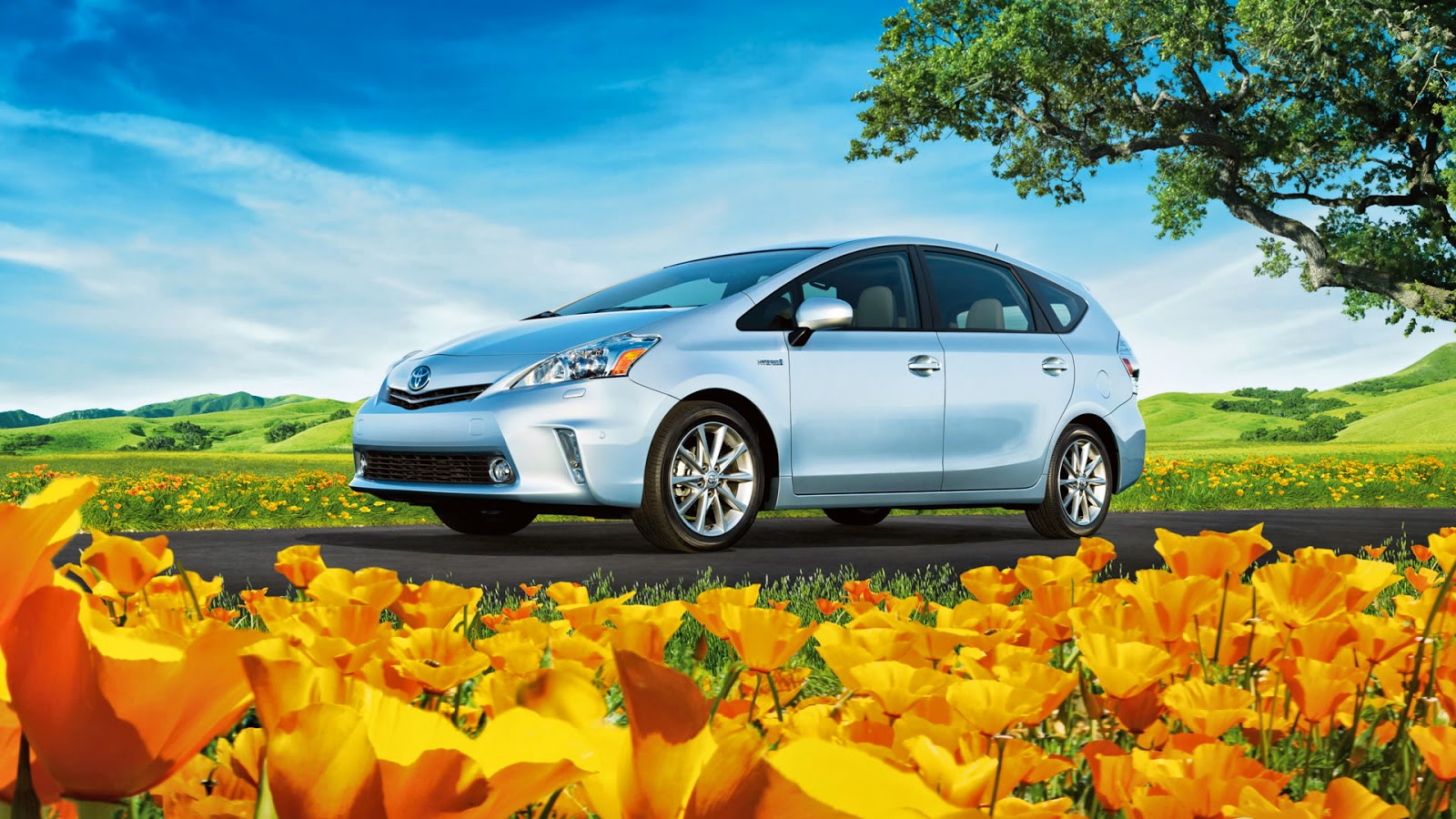 There’s never been a better time to step foot inside of an all-new 2015 Toyota Prius here at Stokes Brown Toyota of Hilton Head. The original hybrid is back and better with a smooth interior, upgraded engineering and additional versatility to provide an exceptional driving experience. The 2015 Toyota Prius is perfect for rolling through Savannah, whether you’re taking down the shopping checklist, driving the kids around, or hitting the open road for a family trip. Stop in today to take this vehicle for a test drive and learn more about our incredible deals!

Savannah area Toyota drivers will love these Toyota Prius deals that are available with a new 2015 Toyota Prius. Right now you can come in and lease this hybrid vehicle for only $249 a month for twenty-four months with only $2,468 due at signing! You’ll also enjoy 0% APR financing for up to 60 months! Our finance experts will be happy to work with you to get you on a payment plan that is perfect for your needs and budget, meaning you can drive away in the car you want and keep your wallet full.
Toyota Deals At Your Savannah Area Toyota Dealer 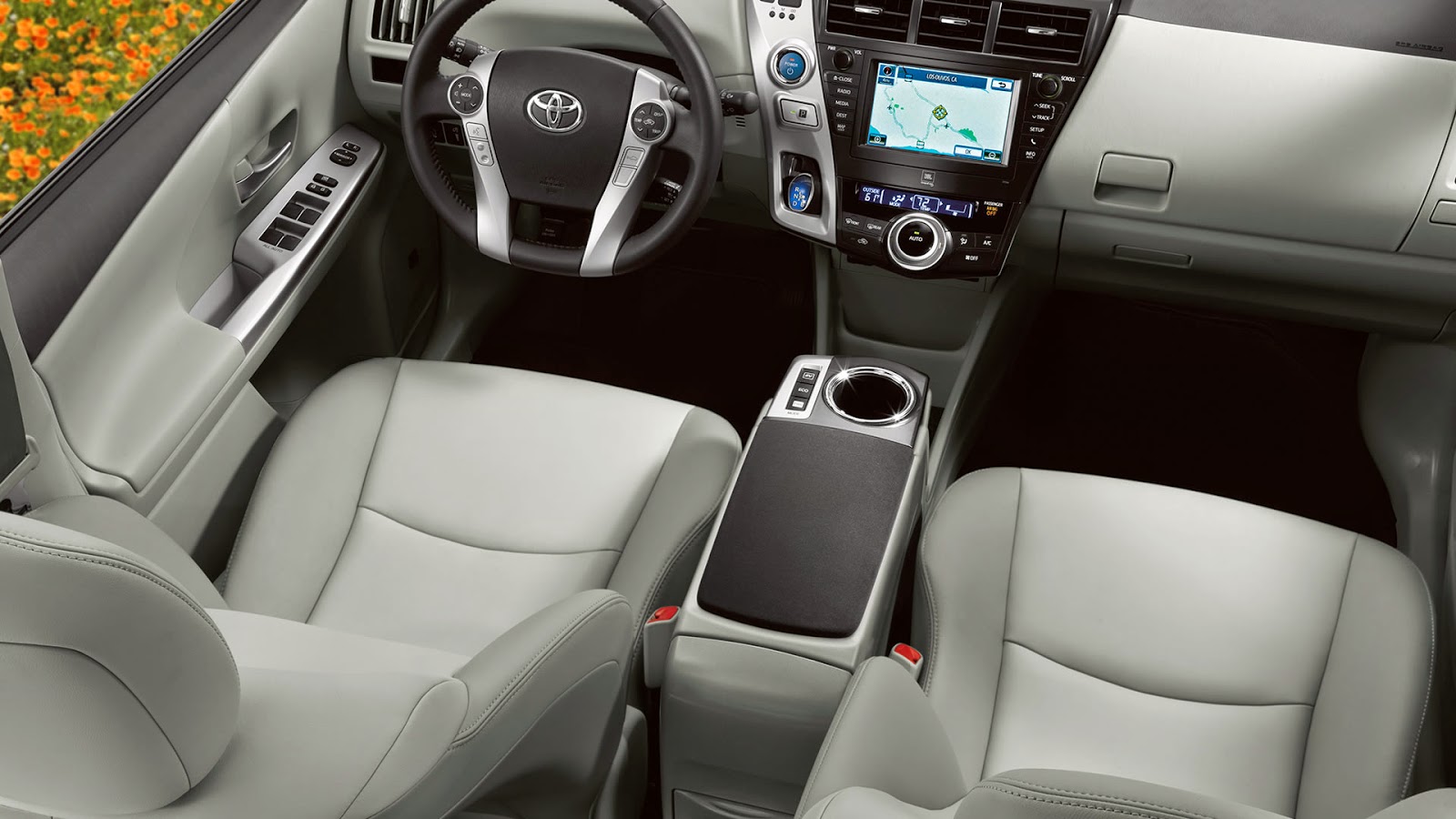 We have a variety of Toyota incentives near Savannah if you’re looking to drive a hybrid. Check out the 2014 Prius C, which can be leased for only $169 a month for 36 months with $2,468 due at signing. You can also get 0% APR financing on this vehicle for up to 48 months!
You can also find a great deal on the 2014 Toyota V. Lease this versatile hybrid for only $269 per month for 36 months with $2,968 due at signing. You’ll get up to 60 months of 0% APR financing so you can enjoy this exceptional vehicle and keep it completely in your budget.
Ready to take the Toyota Prius for a test drive through Savannah? Stop in to Stokes Brown Toyota of Hilton Head today! For more information, give us a call at 888-994-9284.

Posted by Stokes Automotive Group at 1:33 PM No comments: